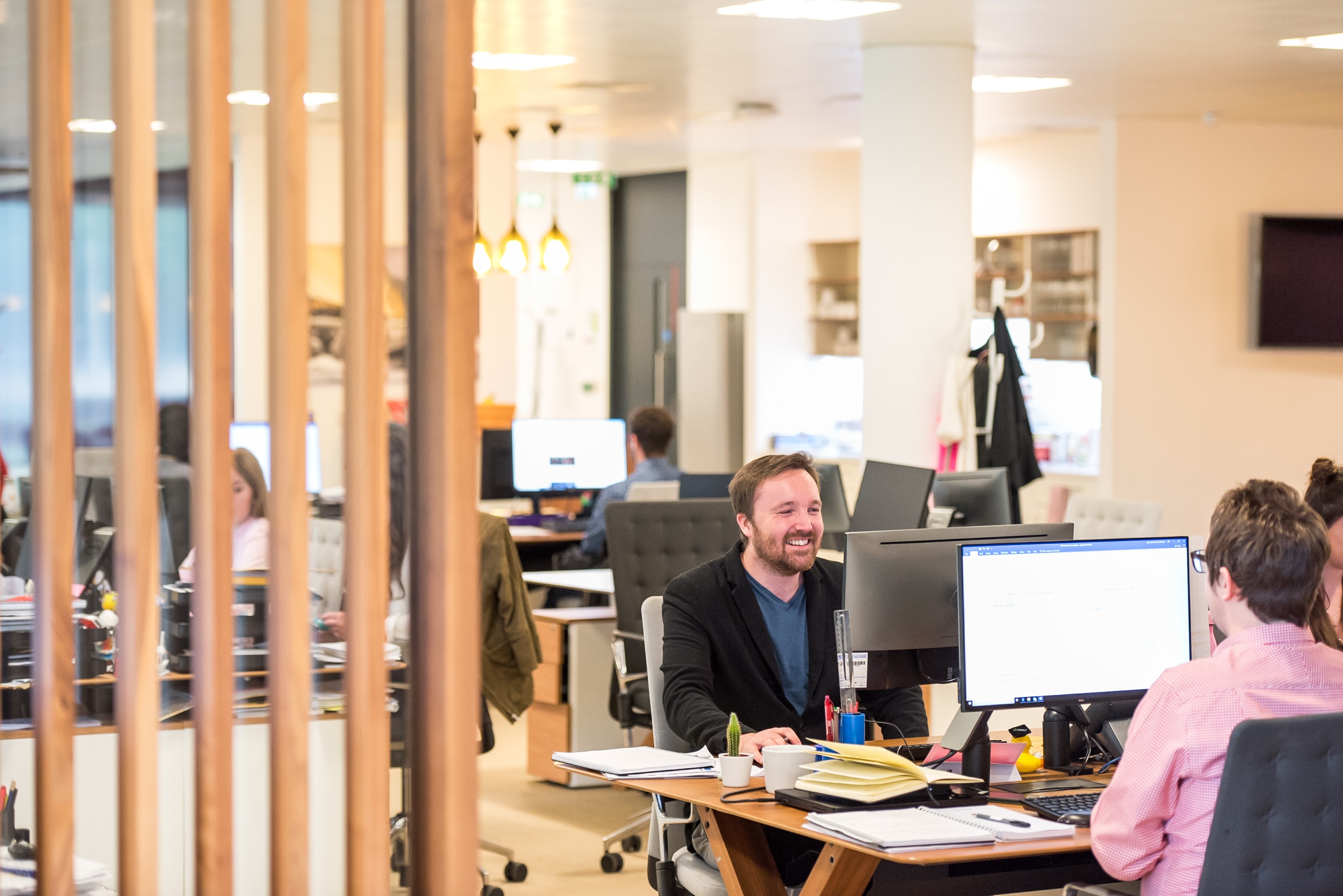 Ireland has officially ‘reopened’ following nearly two years of pandemic closures and lockdowns. A lot has changed during the pandemic period, including attitudes toward traditional work-life models.

Pre-covid, working life for IT professionals was typically the standard, nine to five office-based role. Commuting in, getting their work done at the office and then commuting out again. Some, mostly on the IT contractor side, had the opportunity to work from home, but the standard office 9-5 model was rarely questioned.

When life as we knew it came to a halt in March 2020, working from home became the overnight ‘new normal’. Forced to stay indoors, employees around Ireland set up home offices in their box rooms, kitchens and anywhere they could find space.

Adjusting to Working From Home

Once past the initial period of adjustment, many people found that working from home offered them a better work-life balance. Many of our candidates have told us that they feel their overall well-being has improved. Finding that without the commute and office constraints, they have time to focus on their health and interests more.

Niamh, a DevOps Engineer working from her home in Meath, told us, “I was always too tired to work out when I was commuting to and from the city. Now I run before starting my workday or swim in the evening. I am much much healthier and happier.”

For others, working from home has allowed them to see their families more. “I missed things like first steps and school runs with our oldest child. Being at home more, I take my youngest children to school and to see their grandmother. I couldn’t do that if I still worked in the office.” – Carlos, South Dublin Product Manager.

How People Feel About Going Back To The Office

When the government announced in January that office workers could return to the workplace, the response was mixed. For some it was the news they were waiting for and they happily packed up their home office. For others, the benefits of working from home outweighed the benefits of returning to the office and daily commuting.

This new found love for working from home has created an appetite for jobs with remote work options. At the end of 2021, IDA Ireland reported that interest in jobs offering remote working had tripled since the previous year. At Solas IT, we have experienced a similar significant surge in the number of searches for remote jobs on our website. There has also been an increase in the number of employers offering remote work options.

Last month, we asked our candidates how they felt about returning to the workplace and the results were very clear. The majority, 56%, said they wanted to work from home forever and only 35% felt ready to head back. The remaining group were split with 13% believing it was too soon to return and 3% feeling ready but anxious.

When we asked if they were considering moving jobs to roles offering remote work a staggering 63% told us that they were. A figure that reflects the ‘dream job’ specifications we’re currently receiving from active candidates. Another 16% told us they would move for a hybrid job, embracing the flexibility of a part office-based – part remote role.

The Benefits Of Offering Remote Work To Your Employees

The so-called Great Resignation is putting companies under pressure to offer remote working options. As well as those aiming to change employers in order to secure remote work, a massive number of people have changed careers during the pandemic period.

We found that 54% of surveyed IT professionals had pivoted careers since the start of the pandemic. Employers now face a double whammy of talent drain – some employees are leaving for entirely new careers and other employees are leaving so they can work from home. As a result, companies are scrambling to attract and keep quality professionals. So, just what are the benefits of offering remote working options?

A company that is open to remote working can tap into a larger talent pool. With remote working, visas and permits are less of a hindrance. Allowing hiring managers the opportunity to handpick international talent.

Though no lockdown was easy, on the whole, both employers and employees adapted well. In turn, this sparked the debate of making remote working the long-term norm but for some businesses, the worry of dwindling productivity levels still lingered. Since the start of the pandemic, there have been numerous productivity studies across industries. The majority of which found an increase in both productivity and performance. With Forbes reporting a 4.4% productivity increase for remote workers in some areas and ‘results with 40% fewer quality defects’.

The flexibility of working from home has allowed employees to better manage their work time. As we touched on above, for many people this has meant being able to spend time with family and focus on health. Countless people have reported feeling healthier both physically and mentally since working from home. As a result, fewer people ring in sick and absenteeism is rapidly reducing.

What does 63% of your workforce look like? That’s the number of IT professionals that told us that they planned to move jobs rather than return to the office full-time. With a remote working option of some form, be it hybrid or Flexi, those losses can be avoided.

At Solas IT Recruitment, we specialise in the permanent and contract placement of IT professionals in specific technical markets. Filling positions ranging from Graduate Developer level to Senior Managerial roles.

For more information about how we can help you with your next IT hire, get in touch on 01 244 9520 or email us at info@solasit.ie